What is a MOOC? Massive Open Online Courses Explained 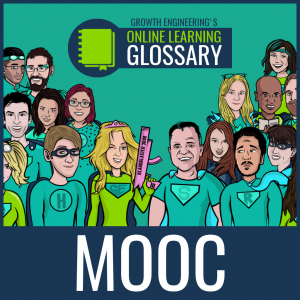 What is a MOOC?

According to the Open University a Mooc is: “A Massive Open Online Course (MOOC) is an interactive step-by-step course aimed at reaching an unlimited number of participants worldwide to create a community of lifelong learners. At UEA, we are proud to have been among the first UK universities to offer a MOOC with our partners at FutureLearn.”

The term MOOC first cropped up back in 2008. A course was being run on Connectivism and Connective Knowledge, and it would soon be considered the world’s first Massive Open Online Course.

The idea behind a MOOC is that it should be able to reach a large number of people (Massive), it should be accessible to anyone and potentially free of charge (Open), it should be delivered via the internet (Online), and it should allow learners to discover a new topic (Course).

The reason the Connectivism course is considered to have kicked off the MOOC movement is that it was delivered to 25 tuition-paying students, plus more than 2200 online students who signed up for free.

Since then, MOOCs have grown in popularity and evolved a lot in the process. Let’s take a look at the two main types you’re likely to stumble across.

Stephen Downes was one of the leaders of the Connectivism course back in 2008. In the years since he’s come to identify two distinct approaches to the MOOC. 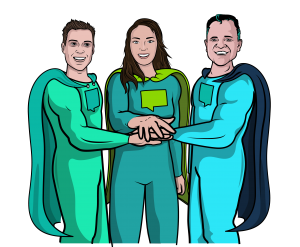 The first is what he terms a ‘connectivist MOOC’ or cMOOC. These approach learning in the same way as the 2008 course, by enabling the participants to pool their collective knowledge together and learn from one another.

They have very strong social elements and allow learners to share useful resources and discuss them. Ultimately, all of the participants take on a blurred role somewhere between teacher and learner, which is rather different to a traditional course.

For the alternative approach, Stephen proposes the term xMOOC. These are much more like traditional courses in that the training is delivered by an instructor in a structured format. These courses take advantage of the internet to broadcast them to the masses, allowing people from around the world to access the training.

However, since this training is delivered to such a large number of people, there is little opportunity for interaction between instructors and students. Also, these courses often strip away many of the social elements found in a cMOOC, so learners end up simply working through pre-made content.

Despite the popularity of MOOCs, they suffer from a number of challenges. Here are a few, along with ways to combat them.

The massive, open nature of MOOCs means that it’s difficult to personalise the experience for the learner. This is particularly the case with an xMOOC, where each learner will generally be given the exact same set of content to work through.

This one-size-fits-all approach can be lessened somewhat by offering multiple types of content, allowing the learner to choose something to suit them. You could offer videos, audio, games, interactive eLearning units, or downloads. You could also use adaptive learning to allow the system to push extra content to the learner based on their performance. 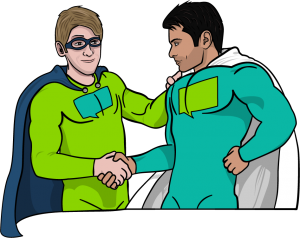 When running a MOOC, you rely on each learner’s ability to self-motivate. Unfortunately, research shows that completion rates for MOOCs are extremely low – below 13% in many cases!

The community elements of a cMOOC can be extremely useful here, as learners are more likely to return on a regular basis to join discussions. A MOOC could also benefit from the use of gamification, as learners will engage in friendly competition and be encouraged to push themselves harder.

A cMOOC places training directly in the hands of the learners. It’s up to them to share ideas and resources and to spark discussions and to ultimately decide which direction the course will take. Of course, this means it could potentially end in chaos or, worse, a barren wasteland.

Though it’s impossible to directly interact with everyone when running a truly massive course, it’s important to have some involvement. The introductory material to the topic should be designed to get people thinking and point them to further research. Each week you could prompt the learners to look into a specific aspect of the topic. You could also have a community manager joining discussions and encouraging the best participants.

And if you’re looking to put together a massively successful online training programme, then you’ve come to the right place! Click here to learn more about the wonders of learning together!