The Top 20 Gamification Experts You Should Know About 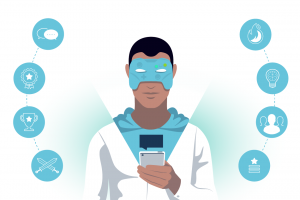 Want to find out the full list of gamification experts of today that you need to know about?

Ever since the Boy Scout movement was founded in 1908, the idea of adding game elements to learning has been a fairly common idea. So as a concept, gamification isn’t anything new.

A throng of experts have since taken gamification and launched it into exciting new territories.

It inspires people to change behaviours and helps them reach their potential.

So who has helped to make gamification a central component of the training journey? Who are the gamification experts to watch out for over the next decade?

They’re all listed right here in our top 20 Gamification Experts: Hall of Fame!

Rob, AKA Professor Game, is an expert, international speaker and promoter for the use of gamification in education. He’s the creator and host of the Professor Game podcast and works at IE Business School Publishing. His focus is on interactive and engaging learning experiences. Just by watching Rob’s videos, you can tell he cares immensely about the use of gamification to engage learners.

David teaches at Ryerson University and is the lead game designer/researcher at Game and Train. He also works closely with Sim-ONE, Canada’s healthcare simulation network. He is proud to have contributed to the gamification of addiction medicine, funded by the College of Family Physicians of Ontario. Dr. Chandross has also designed game systems for improving memory in seniors and is now researching the optimisation of virtual reality and immersive technology in learning.

Yu-kai is an entrepreneur, author, lecturer and business consultant. He made his name by being one of the first pioneers and supporters of gamification. He’s been hired as a keynote speaker on gamification by TEDx, Stanford University, Google, Tesla, Lego and Uber amongst many others!

In 2018, Yu-kai launched Octalysis; a gamified education and mentorship platform to pass on his gamification knowledge and behavioural science expertise.

Boasting over 15 years experience, An Coppens is a leading gamification expert for learner and employee engagement. And drives behaviour change by introducing creative and innovative solutions. In 2017, her company, Gamification Nation won the Outstanding Gamification Agency Award at Gamification Europe.

They also won the Excellence in No-Tech Gamification Design in 2018 at GamiCon. In 2018 she was listed in the elite of e-learning professionals!

Monica Cornetti was ranked as the No.1 Gamification Guru in the world by Leaderboard. She is a gamification speaker and designer who works with organisations and individuals who all want to achieve a common goal – how to think differently and ultimately achieve uncommon results. In fact, Monica was rated No.1 by ‘Gamification Gurus Power 100’ in 2015 and 2016. She is one of the top speakers on gamification design for corporate learning.

Hungarian-American psychologist Mihalyi Czikszentmihalyi is perhaps best known for naming the psychological concept of Flow; a mental state which focuses on high productivity (also known as ‘being in the zone’). Flow is one of the key factors of gamification.

In fact, it’s said to facilitate it. To get ‘into the zone,’ a learner has to be intrinsically motivated as extrinsic motivation (rewards) will only get them so far. Adding gamified elements to your training will help your learners in being laser-focused on the content. Bravo Mr Czikszentmihalyi!

Juliette Denny is the Ideologist in Chief of Growth Engineering – but we’re not biased! She’s also a world-renowned speaker and an industry pioneer. Her thought leadership approach wages war on dull online learning, with gamification being the #1 weapon in her arsenal. Check out what Juliette has to say on applying Game Mechanics to online learning:

Vasilis is a gamification trainer working for GAMIFICATION+ LTD; organiser of Gamification Europe; Lego Serious Play facilitator and a PhD researcher at the University of Sussex where he researches gamification, innovation and crowdsourcing.

Mario Herger  is the CEO of Enterprise Gamification Consultancy, a consulting agency focused on innovation and gamification. Before that he was Global Head of the Gamification Initiative at SAP where he had worked for 15 years. In 2013, he co-founded the Austrian Innovation Center Silicon Valley (AICSV) that connects Austrian companies with Silicon Valley.

As if that wasn’t enough, he is also the author of a collection of fascinating books focusing on gamification as well! Mario 1 = Dull learning 0!

Mr Hon is co-founder and CEO of Six to Start, which focuses on creating story-led games to help motivate and educate. You may have heard of their most popular game to date, namely, Zombies, Run!? Zombies, Run! Boasts over 1 million players worldwide and uses gamified elements such as XP and leaderboards to get you fit and active, all the while avoiding zombies, now how many fitness apps can boast that?

Victoria Ichizli is the originator of the term ‘Self Gamification.’ This is an innovative self-help concept banding together anthropology, kaizen, and gamification to help you manage your projects, and even your personal life as well. It works by mixing in-game elements to your activity or project. Victoria’s latest book, Gameful Project Management is full of ideas on how to apply self-gamification boosters to your life. A fantastic philosophy and a great way to keep focused and motivated on your goals.

Pete Jenkins is the CEO of award-winning gamification consultancy, Gamification +. As his bio states, he has made it his life’s mission to ‘engage and empower businesses using the power of games.’ And this is exactly what he’s done! By being an endless advocate of gamification, Pete has achieved a mountain of great things. In 2014, he was given the No.1 spot by Rise.Global in their Gamification Guru’s Power 100, and in 2017 he started Gamification Europe; the chief international gaming convention in Europe.

Professor Karl Kapp is a scholar, writer and professor of instructional technology. He has written 6 best-selling books including ‘The Gamification of Learning and Instruction’ (2012). His keynote speaking, coaching and workshops are hugely respected within gamification circles and L&D.

Karl has been pioneering gamification from the very early days, and it’s this foresight that makes us excited to see what his next move is!

Check out the fantastic video series that Karl recorded for us: Karl Kapp’s Game Thinking.

We’re sure that Jane’s name is already ingrained in your brain. Jane is a game-designer striving to use mobile and digital technology to channel positive attitudes. She’s written two New York Times best-selling books and has been listed in Oprah Winfrey’s Top 20 Women to Watch. However, we think it’s this next bit that makes her a real superhero… In 2009, Jane suffered an incapacitating concussion, which she turned around into a positive.

The incident aided her in the development of her game, Jane the Concussion Slayer, created to help treat concussions and other conditions such as anxiety. The game would later be renamed SuperBetter.

Roman is a Gamification pioneer from Germany. He founded Engaginglab, the first and most established gamification agency amongst German-speaking countries. (Ausgezeichnet!)

He is rated a top 10 gamification specialist in the world by Rise.Global, and since 2007, his gamification concepts have focused on long-term usage and human-centric design.

Dr Marigo Raftopoulos is a digital media expert who’s research into gamification has undoubtedly helped shine a light on the subject. Marigo is also a celebrated business advisor who uses games and gamification to help innovate and drive companies to the next level. Marigo’s global presence and her dedication to the power of gamification means she is undoubtedly a gamification thought leader!

Jesse Schell is an American game designer, author, TED Talker and CEO of Schell Games. Schell Games focuses on delivering both educational and entertaining games. He was awarded CEO of the year in 2016 by Tech 50 and a year earlier, he was named one of Pittsburgh’s 50 most powerful people. Jesse is a big believer in gamification affecting our lives and judging by his TED Talks, the future may well consist of us achieving our personal goals (education, health etc) by incorporating gamification.

Gabe Zichermann is an author and public speaker who has worked tirelessly to implement game mechanics into non-game related environments. This includes corporate businesses and education. He is known as one of gamification’s most strident campaigners and through his TED Talk seminars, he has expressed the power of using game mechanics to engage otherwise non-engaged learners.

So there we have it, the Top 20 Gamification Experts listed in our Gamification Hall of Fame . They’re a wildly varied ensemble of gamification influencers, deriving from corporate backgrounds, gaming backgrounds, education, media and more.

What binds these gamification experts together is the passion for learning, and for making sure learning is as enjoyable and engaging as possible.

Many of the great minds featured here also contributed to our guide, The Past, Present and Future of Gamification. 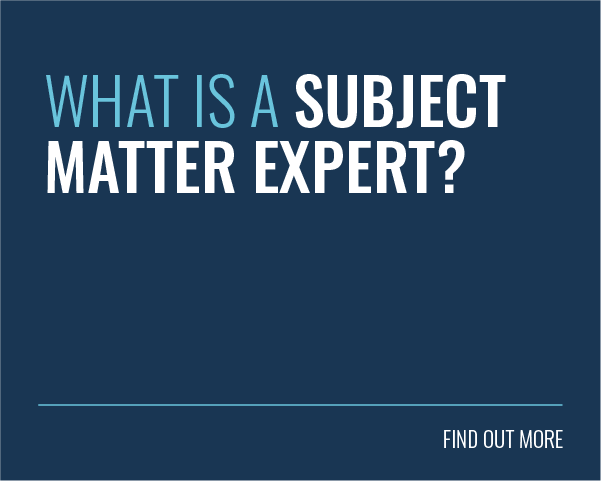