The Science Behind Game-Based Learning 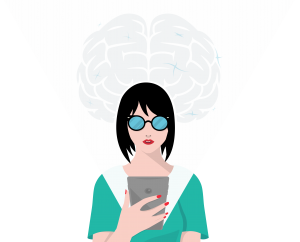 Whether it’s competitiveness, the desire to complete challenges, or simply the love of games, game-based learning is engaging for learners of all ages, and from all industries.

It’s hardly a surprise rumour has it the game-based learning industry is going to be worth $7.3 billion by 2021.

But what’s the science behind game-based learning?

And how can brain science and game-based learning work together to improve productivity in the workplace?

What is Game-Based Learning?

Game-based learning, sometimes known as educational games, edutainment, edgames or serious games. Whatever term you use, they all have (by and large) the same definition:

They’re all a type of gameplay that embody an educational intent.

In broader terms, game-based learning balances the entertaining side of gaming with the objective to teach.

There are probably tons of examples you play yourself that are so good, you haven’t even realised you’ve been learning! These might include:

Pulse! – A medical training app that simulates medical issues you may experience with patients.

Minecraft – A panoramic sandbox game whereby tailored learning objectives can be built into the gameplay.

IBM City One – Is a city-building simulation game. This could help with teaching management on how to juggle different obstacles instantaneously.

Foldit – Foldit was designed by the Center for Game Science. Here, you have to fold the structures of certain proteins to see if they would work or not. The top-scoring solutions are then analysed by scientists. This is a rare opportunity to play a game AND cure diseases. A bonus that Mario-Kart does not currently offer!

How do you measure if game-based learning works? One of the best ways is by its engagement levels.

The study involved over 1000 pupils and although it only focused on curriculum-based games, it was extensive enough to give significant results. The research showed that pupils who used games to learn retained much more information in comparison to those who didn’t.

What’s the Science Behind Game-Based Learning? 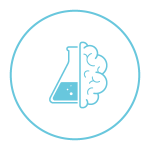 Game-based learning is kind of like that song from Mary Poppins: ‘A Spoonful of Sugar Helps the Medicine Go Down.’ So what makes gameplay as addictive as sugar?

Endorphins are neurotransmitters that are released in the brain when we get the feeling of satisfaction, success, or general achievement. That winning feeling is what drives sport-stars to train to the point of near insanity!

Gamers get the same euphoric feeling of achievement when they complete computer games. The bigger the challenge, the bigger the motivation and the bigger the reward is when the final hurdle is reached. This is why gamers spend on average 6 hours a week playing video games. And it’s why 42% of Americans play video games regularly (at least 3 three times per week).

Along with endorphins, dopamine is a feel-good hormone that’s released in the prefrontal cortex when we feel pleasure. This could mean food, sex, laughter or watching cats on YouTube.

A study found that the levels of dopamine doubled when gamers played video games. This means that gameplay has the power to be chemically addictive. Add in a little training and you’ve got yourself one happy learner!

How is it related to video games? When the gamer plays character-driven games or narrative-led games, oxytocin is released as they form an affinity and a kinship with the characters in the game itself.

Like dopamine, serotonin is a neurotransmitter that affects your mental health. It affects your mood, memory, sleep quality, libido, appetite and perhaps most importantly, our ability to learn. So it’s important to get lots of it.

Luckily, serotonin is released when gaming. A study showed that children who played one hour of video games per day showed a boost in creativity, focus and positive social behaviour, all things that are essential for our capacity to learn.

Cortisol is a stress hormone. Originally, it’s believed we developed it to help us get out of dangerous situations, like being chased by hungry lions. If we overproduce cortisol, then it can work the other way, and become dangerous for us.

Gaming is fun. Learning is not always fun. Weave the two together and you have yourself some engaging training on your hands! Gaming releases feel-good chemicals such as endorphins, dopamine, oxytocin and serotonin.

It reduces cortisol which places you in the perfect headspace for learning. Increasing engagement levels will help in the fight against The Forgetting Curve, as well as serving as an enticing tool for behaviour change.

We’ve compiled years of research, stats and facts to bring you a brand new guide all about the amazing world of game-based learning, and how we can help you level-up your learning programme!