The Neuroscience of Gamification in Online learning 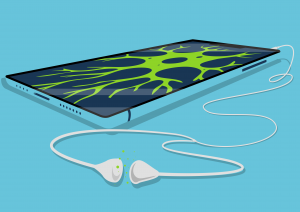 We recently looked at the neuroscience behind social learning and we enjoyed it so much, we’re diving headfirst into the ol’ grey matter once again!

We’ve spoken a lot about gamification in online learning. We’ve shown how it can engage learners, contribute towards a healthy training ROI and transform organisational culture.

We’ve also touched on the point that games and gamification work in harmony with the most complex informational hardware in the known universe – the human brain.

This week, we’ve dug a little deeper to bring you ten things you should know about the neuroscience of gamification.

Gamification involves creating a narrative around the learning activity that describes why the task is relevant to the learner. According to University of Reading researchers, attention spans are affected by the subject’s emotional connection with the activity.

“We found that participants’ attention is affected by emotion and priority, such that they pay more attention to particularly vivid information or details that are highly relevant to them, but their retention of low-priority information is impaired,” -Michiko Sakaki 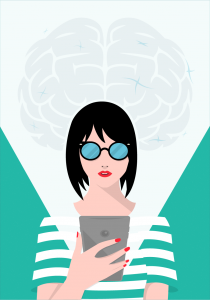 The hippocampus is an area in the lower section of the brain which is largely responsible for knowledge recall. During learning, a strong hippocampal activation makes the content easier to remember and recall (Foerde & Shohamy, 2011). In clinical tests, gameplay has been shown to stimulate these conditions.

“Identifying a direct connection between the stimulation of neural circuits and game play is a key step in unlocking the potential for game-based tools to inspire positive behavior and improve health,” Brian Knutson, associate professor of psychology and neuroscience at Stanford University.

Dopamine, or the feel-good hormone, is released whenever we are rewarded for a specific action. Gamification focuses on giving learners instantaneous feedback which might not otherwise be available. By giving virtual rewards for achieving learning goals, learners begin to associate the learning with positive emotions, prompting them to try to repeat it (ie, seek out more learning).

One of the key components of a compelling game is a good story. People tend to remember stories better than lists of unconnected facts. This isn’t just a matter of preference; it’s a physiological imperative. When we are engaged in a strong narrative, the brain releases oxytocin – a chemical that generates feelings of trust and empathy. As a result, when the brain receives information presented as a story, it recognises it as being more valid. 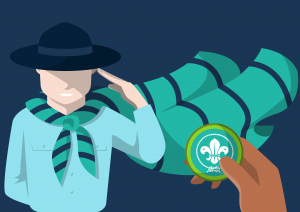 Serotonin is a hormone that governs our overall mood. Plenty of serotonin makes for a sunny disposition whereas a drop in serotonin might leave you feeling a bit grumpy. Aside from eating properly, serotonin release is also triggered by remembering past successes. The badge cabinet of a gamified learning management system lets learners get a serotonin rush on-demand whenever they look at rewards they have earned.

The thrill and excitement of playing a game is the result of endorphins being released. Endorphins are the body’s natural painkiller but they can also lower stress and anxiety levels, and even create a sense of euphoria. Combined with other neurotransmitters, this helps create an ideal environment for focused learning.

Studies have shown that gameplay can improve brain functions. In a study conducted by BBC’s Horizon, a test group of older subjects played a popular racing game for 15 hours over 5 weeks. When they were evaluated after that period, their memory and attention span scores had improved by around 30%.

Cortisol is known as the stress hormone and it controls the body’s reaction to stressful situations. When it comes to learning, high levels of cortisol force the brain into survival mode, distracting from the learning in order to deal with the stress. Results of a Texas A&M International University study showed that “games reduce depression and hostile feelings in players through mood management.” 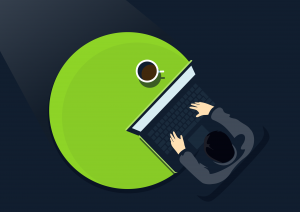 The brain can only handle a finite amount of information. If the cognitive load is too great, the learner could miss information, resulting in incomplete training. One way that gamification can deal with cognitive load is to present the learning in a more game-like, challenge-based format. Along with the other neurological benefits of gamification, this approach helps to chunk the learning into smaller pieces that are easier to retain.

The workforce is filling with people who grew up playing complex video games that require a lot of intricate coordination. By commanding a Roman army to victory or managing the facilities of a virtual city, players can gain skills like resource management and prioritisation.

“These young people may be better equipped to switch between tasks easily, adapt to new information, and modify their strategy as new input comes in.” – Judy Willis, M.D., American Academy of Neurology

With gamification and game-based learning producing some outstanding results, the scientific community is conducting more and more research into the power of gameplay in non-game scenarios.

Want to know more about how you can tap into neuroscience to affect behaviour change? Download our free Science of Behaviour Change whitepaper now!

Everyone’s trying to engage someone these days. Whether it’s young lovers proffering a ring, armies clashing on the battlefield or public speakers grabbing their audience’s attention There are lots of different types of engagement. Thankfully, most people only have to

150 tips is a lot of tips but this is a topic that’s close to our heart. And, by happy accident it represents one tip for each of Queen Elizabeth I’s 150 wigs! Whether you work for a large corporate