There are few things that are certain in this world: death, taxes, and the fact that mobile learning works!

According to sources, the mobile learning market will be worth around $37.60 million by 2020.

We’ll show you that people prefer to learn on their smartphones rather than any other means!

When did the Smartphone Revolution Start?

Two-thirds of the world’s population are now connected by mobile. As well as this, 77% of Americans own a smartphone. This means that for many, learning new content is just a few taps of the finger away. But what are the origins of the smartphone?

The first-ever smartphone was the Simon Personal Communicator, which was unveiled by IBM in 1992. It had a touchscreen and was marketed as a PDA (Personal Digital Assistant). After tweaks aplenty, it was finally available for the public to purchase in 1994. After only 6 months on the market, it sold approximately 50,000 units. It was priced at $1,100, which in today’s money would be roughly $2,126; nearly double!

Therefore, this was advertised as a mid-range to high-end product. Some might say a luxury item. For paying top dollar, you got these snazzy features:

It also had a calendar, an address book, an appointment scheduler, an electronic notepad, handwritten annotations, and there was even a calculator! Because of Simon’s features and capabilities, it has retrospectively been referred to as the first-ever smartphone.

Fast forward to 2007, and we had the release of the first-ever iPhone! The rest, as they say, is smartphone history! Today’s mobile learning examples include everything from language learning to maths to eating more healthily. Mobile learning trends come and go, but mobile learning in general is definitely here to stay…

When pondering the deeper questions of the world, more and more of us reach into our pockets to ‘Google’, ‘Bing’, or for those refusing to accept the dawn of a new millennium, ‘Ask Jeeves’. In the words of futurist Ray Kurzweil, “Mobile phones are misnamed. They should be called gateways to human knowledge” …high praise indeed!

These gateways have now found their way into the workplace where employees are turning to smartphones for answers. With the desire for mLearning already in place, now is the perfect time to take advantage and help learners fulfil their potential!

You should be doing everything in your power to maximise productivity and a study in 2014 showed just how effective mobile learning is. If your employees are at their most productive, then your business is at its most successful! 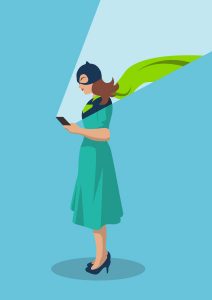 Appy Days! The idea of learning on a mobile device isn’t an alien concept, half of all app users already do it! This is excellent news for your business as you’ll be delivering workplace learning content on a platform that your learners are perfectly comfortable and willing to engage with!

Apps account for around 91% of time spent on a smartphone. This is another reason why encouraging learning via a mobile app is a relatively effortless exercise.

If just over ¾ of your workforce brought their own computers to work, just imagine how much money you would save! Well with mLearning most of your employees will be able to do their workplace training with a device that they already own. Build it and they will come? More like someone has already built it, bought it and they are banging on the door to come in!

5)  71% increase appeal to the millennial learner

Gallup research shows alarming trends in employee engagement. The research found that only 31% of employees are engaged with their work and that millennials are the least engaged group (28.9%). Is it a bird? Is it a plane? No, it’s mLearning to the rescue! Get the future of your workforce engaged in learning and your business will continue to go from strength to strength!

It’s also worth noting that Smartphone users completed courses on average 45% faster than those who completed learning modules on their computers! (though this might just be to do with the fact the learners are much older!)

Before your employee falls prey to mixing orange juice with toothpaste, they are in bed filling their minds with glorious mLearning knowledge. This level of user engagement is the true power of mLearning! The average person then spends 2 hours and 51 minutes on their mobiles every day.  So implementing a learning course via mobile is, therefore, second nature, as the habit is already there.

7)  46% use mLearning in bed before going to sleep

Is mLearning better than sleep? Well, 46% of its users seem to think so! The mobile is a part of us now; a third limb if you like. As we’ve become accustomed to having it by our sides/in our pockets, it’s now the natural go-to when learning.

Mobile learning is not the future, it is the present. As stated in this blog, people now demand their learning via mobile. The majority of employees find mobile learning a natural step forward due to the vast amount of time they already spend on their mobiles.

Mobile learning also motivates learners to learn more. You can pin this on mobile learning apps delivering learning content in bite-size segments, as well as things such as gamification and social learning, making the experience a more engaging one. 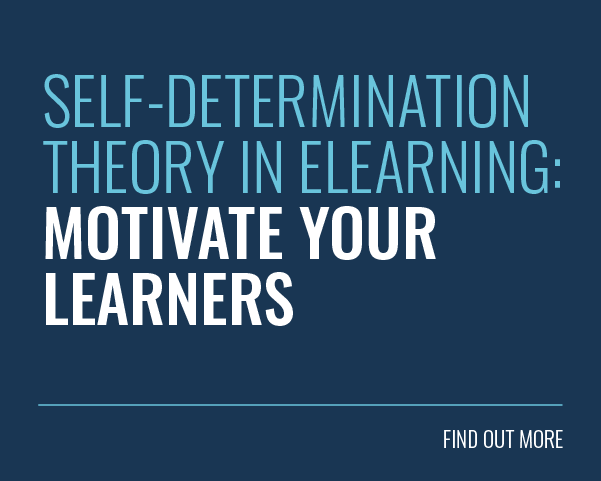