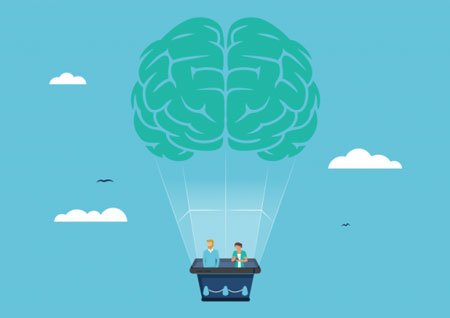 The hippocampus function is the part of the brain which stores memory. It’s kind of like our inner hard drive. And just like actual hard drives, we can boost its performance.

Fortunately, it doesn’t require a mini-screwdriver. There are a few (painless) techniques you can employ to improve the hippocampus function. It’ll then be well prepared for absorbing new information!

What Is Your Hippocampus?

The hippocampi are two arched organs based in the medial temporal lobe. They form an integral part of the limbic system. This plays an important role in emotion regulation.

They’re awesome for two reasons: a) They store your memory, and, b) They look like a pair of seahorses!

Every time you learn something new, a unique neural pathway is created. Revisiting this new discovery makes the pathway stronger. It’s then easier for the hippocampus function to recall the information. In other words, when you revise for an exam or test, you are in fact making your neural pathways stronger.

How Good Are Your Hippocampi?

Let’s do a small short-term memory exercise. This is called ‘Testing Your Recall’. For this, you’ll need a pen and paper (or a device to punch words into).

Listed below are ten items. Read through them once. Then for a second time. Once finished, take a minute to write down the objects in the order they appear without looking back… (and no cheating, you!)

How many did you get right? Were they all in order? Feel free to hit the social media icons at the bottom of the blog and let us know your score (#GEMEMORY)!

That tested your short-term memory. When it comes to learning, you need your long-term memory to be in good shape. As mentioned earlier, there are things you can do to help improve the effectiveness of the hippocampi…

3 Ways To Improve Your Hippocampus Function

You can generate new hippocampi neurons by exercising. A famous neuronal study compared the brains of two different groups of mice. The first group had access to a running wheel, the second did not. The mice with the wheel produced an abundance of new neurons in their hippocampus. The group without produced far less.

Studies have shown a link between a lack of exercise and Alzheimer’s disease. According to the Alzheimer’s Research and Prevention Society, regular exercise can decrease the risk of developing Alzheimer’s by 50%.

Most exercises will help the brain  and hippocampus function in some way. If you’re searching for an exercise which is particularly brain-effective, then aerobics is a great place to start.

Diet plays a central role in improving your memory. Sadly, this means that you’ll have to ditch the fast food if you want to increase your learning abilities!

Fish frequently tops lists as the most beneficial food for your memory. The brain uses Omega-3 fatty acids found in fish to boost our cellular structure and brain signalling. Fish with the highest amount of Omega-3 fatty acids include; mackerel, sardines and salmon.

Blueberries are beneficial to the body in many ways. They reduce DNA damage and can help prevent heart disease. Perhaps best of all, they are said to contain the highest amount of antioxidants of all fruit.

Free radicals are linked to disease. They’re molecules without an electron. They’re dangerous as they can cause a chain reaction by removing the electrons from other molecules. Antioxidants award electrons to free radicals, which counterbalance them. Antioxidants found in blueberries can help improve the memory.

Coffee has several obvious benefits. The serotonin levels alone keep us from being grouchy in the mornings! The caffeine also increases our concentration levels and blocks adenosine, which is a chemical that makes us drowsy.

Another positive of coffee is a large number of antioxidants. As we know from blueberries, antioxidants help to improve your memory and the brain in general.

If you don’t like fish, blueberries or coffee, then the good news is there’s plenty of other options. Dark chocolate releases dopamine, which is great for fast learning and memory. But the benefits don’t stop there. Dark chocolate also releases antioxidants. This means that you no longer have to feel guilty about eating chocolate! 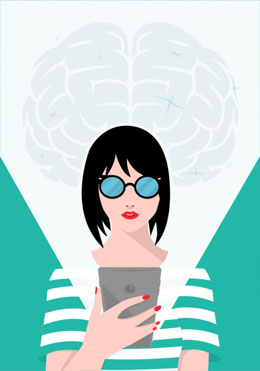 By the time we’re fully-grown, we have millions of well-developed neural pathways. This is why obstacles you’ve previously experienced get easier to solve (apart from finding your keys!).

So what about new neural pathways?

The more neural pathways we create, the easier it gets to create newer ones. This is why keeping your brain on its toes is important. But how can you do this?

Mental gymnastics such as crosswords are said to stimulate new connections between nerve cells. Additionally, crosswords can build up plasticity.

How do you commute? By car? By public transport? Or maybe you’re lucky enough to walk home? Taking the same route to and from work every day puts your brain on autopilot. Shake things up by choosing different directions. This can activate the cortex, the part of the brain responsible for processing information. It can also stimulate the hippocampus. At one point in his life, Bill Gates took a different route home every day to stimulate his brain. He’s now worth $91.2 billion dollars!

There are hundreds of apps that are purpose-built to stimulate the brain and hippocampus function. They do so by working on problem-solving, processing speed, attention span and memory. Our fantastic app Genie is an awesome game-based authoring tool. It allows you to easily create your own learning-based online games.

The limbic system also looks after our memory as well as our emotional responses. Here’s what Juliette has to say on the matter:

There has never been an easier time to grow your hippocampus function. As well as more traditional methods such as exercising and changing your diet, technology has put brain training into overdrive! There are tons of stimulating apps for the brain these days. Online games can be hugely educational too.

For maximum results, we would advise that you have a swim, whilst drinking a coffee and doing a crossword! Let us know how you get on.

Want to learn more about the brain science behind learning and behaviour change?

Click here to get your free Guide to The Science of Behaviour Change! It will help you unlock the full power of your brain.

Unlimited Engagement on
The Academy LMS

Improve your team’s performance by as much as 75% year-on-year, with The Academy LMS. Use the power of engagement, behavioural science and learning best practice to drive real results.
FIND OUT MORE