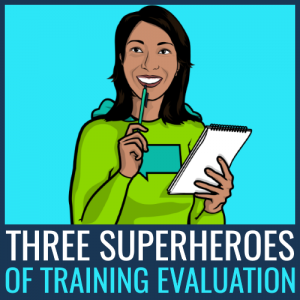 e all got a superhero inside of us just waiting to be unleashed.

It’s easy to read the word ‘hero’ and think of icons like Batman and Wonder Woman. But, that’s a mindset that needs to change. Heroes are all around us. One study found that almost sixty percent of people have stepped up to the plate and done heroic deeds. If you’re a training manager, you’re probably doing acts of extraordinary heroism every day, and you don’t even know it!

Unleashing everyone’s inner superhero is the point of corporate training. Everyone wants to be the best version of themselves that they can, which is why training matters so much. People need training to know how to use their superpowers and it’s the job of the training manager to release the hero within. As a training manager, you’re like Professor X, helping learners discover the superpowers that they already have.

First came Donald Kirkpatrick. Followed by Roger Kaufman and then Jack Phillips. This trio laid the foundations that help you evaluate your training. So, who are they? What did they do? What makes them so great? 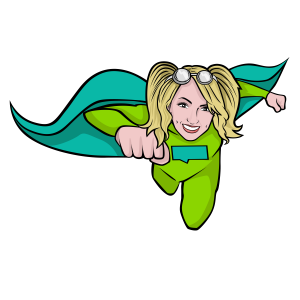 KNOWN FOR: The four levels of learning evaluation.

QUOTE: ‘The immediate objective of any training can be stated in terms of the desired knowledge and understanding that the program is trying to impart to the trainees’.

ACHIEVEMENTS: Before Don came along training managers would measure the reaction of employees to training and nothing else. Now, his simple and effective model helps training managers to evaluate how much has been learned, how behaviour has changed and what the result of training is.

His four-step model was first released over sixty years ago, since then, its simplicity and logic has made it the most wide-spread training model in the world. He is, without doubt, the undisputed king of training evaluation. 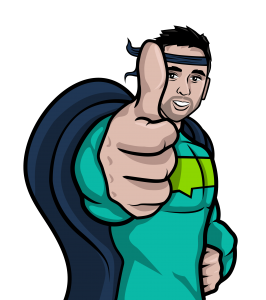 KNOWN FOR: The fifth ‘Mega-Societal Level’.

QUOTE: ‘Doing good and making money must not be mutually exclusive. That way we can be practical, ethical, and successful.’

ACHIEVEMENTS: He appreciated the simplicity of Kirkpatrick’s four levels. So, instead of trying to compete with it – he built on it.

Roger really is a hero. He recognises that business needs to contribute to something more than profit.  This is why he added The Mega-Societal Level to the Kirkpatrick Model.

This level helps training managers measure how their training contributes to society. In fact, his theory is a forerunner to Epic Meaning. He understood that employees need to contribute to something more than making money. People need to be a part of something that matters. 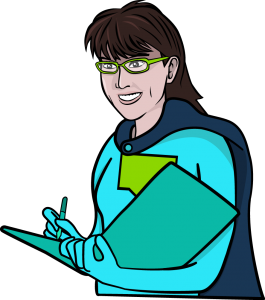 QUOTE: ‘The good news is that this is the best way to keep the funding stream going, by showing the value of what you are doing’.

ACHIEVEMENTS: Here is a man who pulls no punches. He’s a straight-talking financially minded kinda guy.

His research found that when people evaluate training, they neglect the parts that matter. Whether it’s because people are afraid of the results, or afraid of maths – he says that only 5% of training programmes measure the financial return of their training.

So, to help fix this problem he added a sixth ‘Financial ROI level’ to the Kirkpatrick model. This level breaks down the maths and helps it all make sense. He brings everything together with a formula that will help training managers to calculate the ROI of their training.

Donald, Roger and Jack were just three regular guys trying to get on in the world and make a difference. They found their own inner hero and the wisdom that they shared means that we can find ours. Maybe you are the Professor X your learners have been holding out for…

This blog is part of a series on calculating the ROI of training programmes. Click the banner below to get your free workbook!