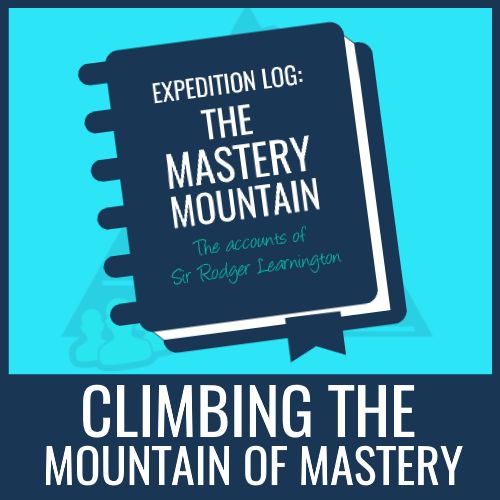 This week, we had a bit of a reshuffle in GEHQ. We needed to move the furniture around to make room for some new additions to Team GE. The hardest part was moving the awards cabinet, which was full to bursting with trophies and medals. As it came away from the wall, the strangest thing happened…

Something shifted and landed on the floor, something we’d never seen before. When we blew the dust off, we saw that it was a battered old log book. As you can imagine, curiosity got the better of us, so we took a time-out from the back-breaking labour, and started reading…

The accounts of Sir Rodger Learnington 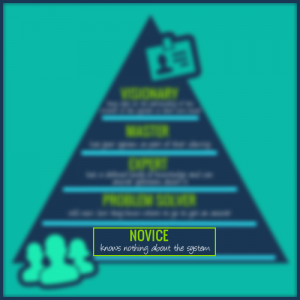 From Base Camp, the peak of the famous Mastery Mountain is barely visible above the clouds. Looking up at the journey that lies before me, I suddenly realise how unprepared I am for the task at hand. I am a mere Novice and the path ahead is a long and treacherous one. Perhaps this wasn’t such a good idea after all…

At this point, all eyes were on the newbies in the office. It’s tough starting something new and it’s all too easy to turn around and walk away. That’s why it’s important to give as much encouragement as possible in these early stages. Luckily for them, they had a fresh new login on the Academy LMS and a social network of friendly faces to spur them on.

I’ve been trekking all day and I’m aching in muscles I never knew I had. I’d probably have thrown in the towel after the first few miles were it not for the travellers I met along the way. One of them showed me how to carry all of my equipment in a much more comfortable way (it turns out that it’s much easier to carry the camping stove inside the backpack). There’s still a lot for me to learn, but I think I might be getting the hang of this mountaineering lark.

It’s amazing how a person’s confidence soars once they’ve solved a couple of problems. When you’re getting to grips with any new system, at some stage you’ll look at yourself and realise you’re not a novice anymore. Mastery is still a long way off, but the journey doesn’t look quite so overwhelming. 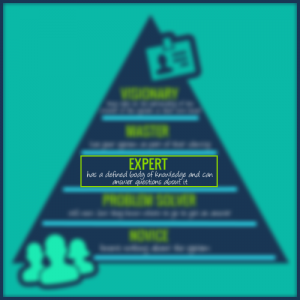 The pain in my legs is dying down somewhat and my backpack doesn’t feel quite so heavy. I have to say, I’m feeling rather marvellous. Today, I came across another young mountaineer struggling through the snow and I was able to point him towards an easier path. Do you know what he said to me? He said “Blimey guvnor – you’re a proper expert, ain’t ya!?”. And you know what – I think he might actually have been right!

The next step on the climb of mastery is the Expert stage. Just like the Problem Solver stage, this one has a tendency of creeping up on you. If you want to help people become experts faster, the best thing to do is recognise every expert in your team. With the Academy LMS, you can grant expert status to anyone who deserves it. This means that any Novice or Problem Solver can easily find who to turn to if they want to get to the peak. 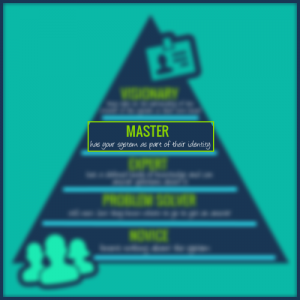 I’ve discovered a way to climb and write in my log at the same time. Why should I stop climbing for mere trifles like note-keeping? I’m a mountaineer for heaven’s sake, not a Bond Street dandy with ink-stained fingers. Oh – here comes another troublesome yeti. I’ll have to cut this short whilst I deal with it. Tally ho!

Once somebody has mastered a system, it becomes second-nature. They can accomplish any task effortlessly, they know all of the shortcuts and they’re aware of any annoying pitfalls that they might need to avoid (no system is perfect!). The key is to make the system as user-friendly as possible. This is particularly important with a learning platform when the users’ careers are in the balance. 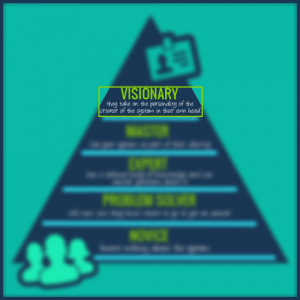 Here I stand at the top of the world. It’s strange – I don’t feel like a mountaineer atop a peak. Rather I am at one with the mountain, and my standing here is making it that little bit taller. I can’t help but think back to the mere speck of a creature I was when I started this journey. It seemed an insurmountable task, and I must admit, it wasn’t easy. But now that I’ve made it, I truly feel there is nothing I can’t achieve!

At the peak of the mastery mountain, the user has become a visionary. They are now able to assume the personality of the system’s creator and understand instinctively what the system is trying to achieve. With this symbiotic relationship, the user can start to conceive of ways to improve the system and make it even better.

Here at Growth Engineering, we’re determined to get all users of our Academy LMS to the visionary stage. Roughly 40% of new developments on the platform have come from users’ suggestions. By giving the user a voice in the platform’s direction, we can make sure that we’re giving them a solution that fits with their needs.

If you want to speed up training in your organisation and give your people a system that’s easy to master, book a tour of the Academy LMS and let us show you what’s possible. 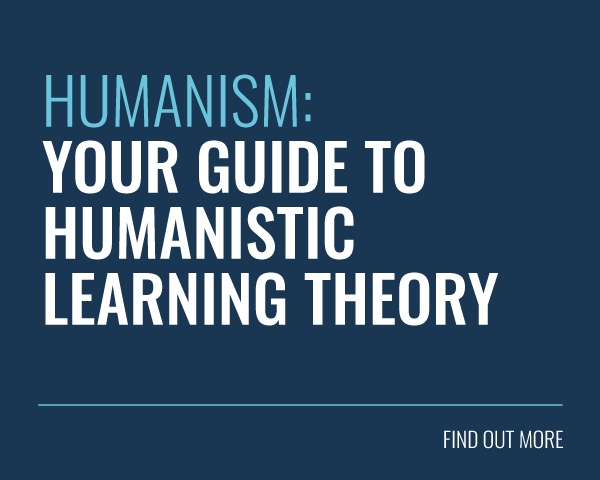